For an expressive attack, at least raise your eyebrow! 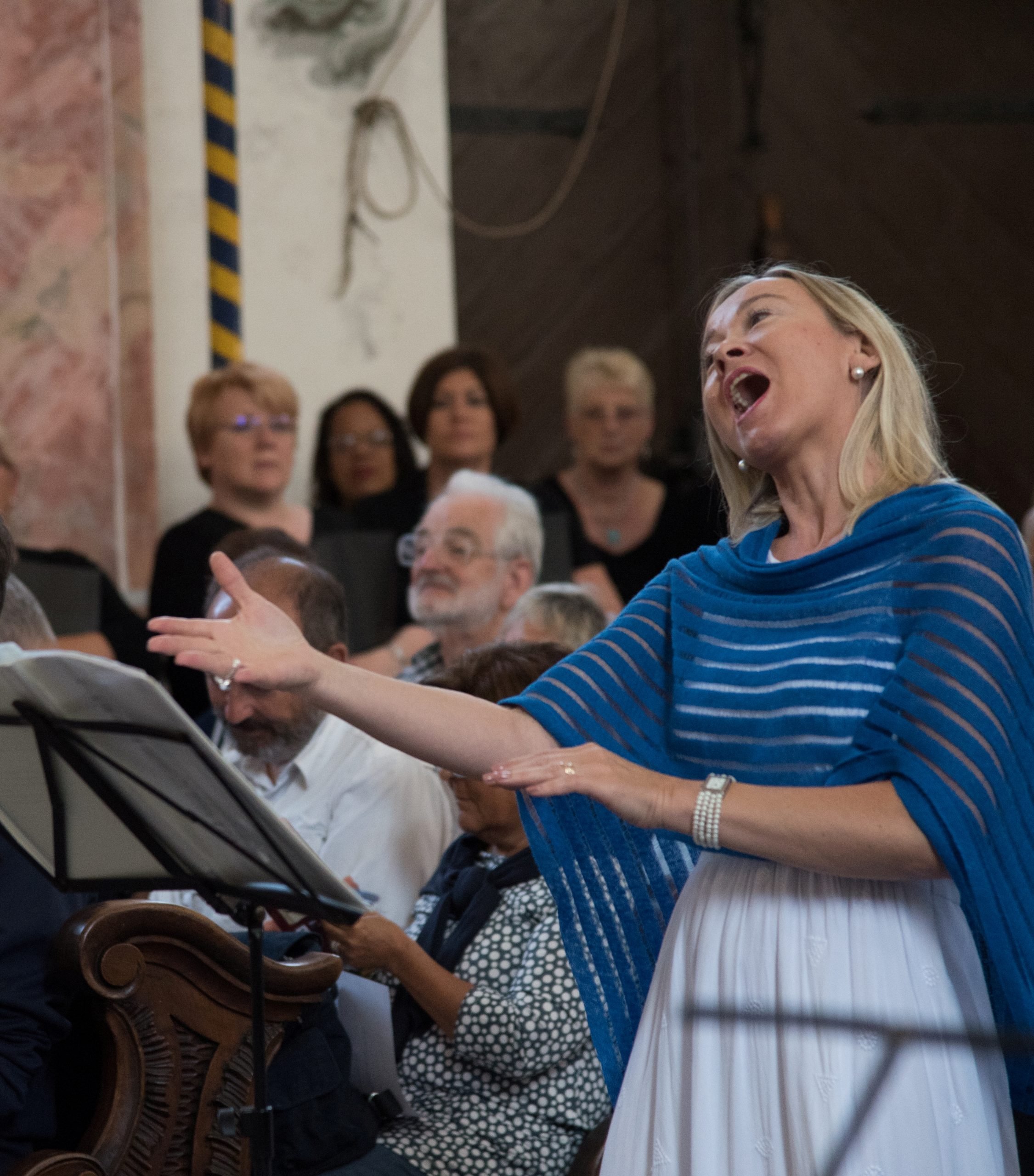 Most of you certainly know what the word "attack" means in the musical world; if I asked you for a definition, many would say that the attack is, more or less, the gesture with which the conductor indicates to the choir when to start singing.

That sounds easy: there is a guy in front of thirty people who at a certain point raises his arm, then lowers it and then ... That’s nice! Everybody sings.

Well, if so, any chorus or orchestra could spare the maestro and put on the stage, I don’t know, a small light: the green is off!

And so, isn’t it a bit reductive to mean, with the term "attack", a mechanical movement of the arms that only indicates time?

The fact is that every musical composition, besides having a precise time, possesses an intrinsic energy given by dynamics, phrasing and timbre. And the difficult task of the conductor, at the moment of the attack, is precisely that of transmitting as clearly as possible, in addition to time, the overall musical expression of the piece.

So, what is an attack? The attack is an energy passage.

If you have a minute, go to Youtube and watch the famous start of Beethoven’s famous fifth symphony. It is a very difficult attack: the orchestra begins in "fortissimo" and the conductor must beat the initial pause of chrome with a decided vertical movement of the arms that start from the top and fall like a saber down. Have you noticed the facial expression and the general physicality of the director?

And to underline how crucial the expression of the face and the attitude of the body in the moment of the attack (and of course in all the technique of the direction...) here is a brief anecdote that has seen the protagonist just yours truly.

A few years ago, during a lecture in the conservatory, I conducted in a cold and rather listless (it may happen, it was Monday morning...) l'Ouverture del Don Pasquale di Donizetti.

At a certain point my teacher at the time, Bruno Aprea (one who did not send them to you certainly to tell), rises from the back of the room and heads annoyed towards me: "It does not go, it does not go...". Of course I expected who knows what observations of a technical nature; instead, decided, tells me: "You are not expressing any emotion, RAISE AT LEAST THE EYEBROW!".

Former conductors of the past...