Günther Leitgeb: "Let’s go watch the sunrise in the Dolomites" 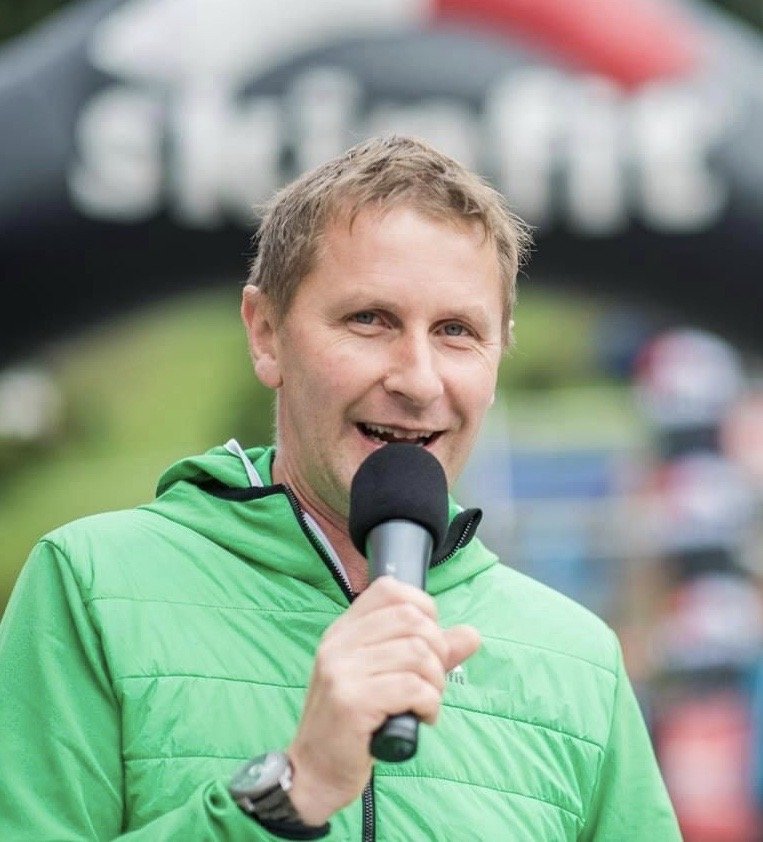 Today’s meeting is with one of the pillars of our event: Günther Leitgeb. Experienced guide, great mountain enthusiast, presenter of all kinds of events, Günther knows the Val Pusteria and the Festival like few others. Its characteristics? Energy, optimism, positivity. What else to say: where there is Günther there is joy!

GOOD MORNING, GÜNTHER, LET’S START WITH THE FESTIVAL. TELL US THE STORY OF THIS REPORT: WHEN AND HOW DID IT START?

It’s a story that began almost twenty years ago, in the summer of 2002: I was the director of the Tourist Association of Sesto for a few months and the Festival had reached its fifth edition. At the beginning I played a double role: on the one hand I was in charge of the organization of the events, on the other I presented them. Then, when I left the post of director in 2007, I continued to present at Sesto all the events of the event, until the last edition in 2019. If I have to be honest, in the last two years I missed the appointment with the Festival and the choristers and I really hope, in 2022, to resume this tradition!

CAN YOU TELL US AN EPISODE OR A PARTICULAR MEMORY?

In twenty years of Festival the particular episodes were many, and it would be long to tell them all; however, the most beautiful memory is that of the unforgettable meetings with thousands of people from all over the world.

BESIDES THE FESTIVAL, YOU PRESENTED OTHER IMPORTANT EVENTS: CAN YOU LIST US SOME OF THEM?

I usually present about forty events every year, both inside and outside South Tyrol. In addition to being the speaker of many sporting events, such as the Ski World Cup, and of many competitive races, such as the Dolomiti Superbike, I also presented traditional events such as the Dolomiti Gourmet Festival and some parades of the "Krampus"Masked characters typical of our tradition.

LET’S TALK A BIT ABOUT VAL PUSTERIA. CAN YOU RECOMMEND US THREE EXCURSIONS TO DO IN THE SUMMER? AN EASY WALK, A MEDIUM DIFFICULTY AND FINALLY A DIFFICULT ONE, FOR EXPERIENCED HIKERS.

Let's first of all make it clear that in Val Pusteria the possibilities of excursions are endless... That said, here are the three proposals!

YOU ARE ALSO AN EXPERIENCED HIKING GUIDE: WHAT IF IN SUMMER A GROUP ASKED YOU TO ACCOMPANY THEM TO SEE THE SUNRISE IN THE DOLOMITES?

I would say it’s a great choice! It’s an unforgettable adventure that I face every week in summer: it starts in the middle of the night, with the light of torches. The sky is starry, the absolute silence. Little by little, the night gives way to the day; the first light and then the view of the sun rising slowly behind a peak, while you uncork a bottle of good prosecco to toast to the new day. And then, to conclude the excursion, a hearty breakfast in the Malga. Truly unforgettable. It would be great for me to present a Festival concert at dawn, who knows in the future...

IN YOUR OPINION, HOW WILL IT BE THIS WINTER SEASON; ABOVE ALL, WHAT IS THE SAFETY LEVEL OF RECEPTION FACILITIES IN VAL PUSTERIA?

Our receptive facilities have already shown during the summer to be perfectly prepared and organized. I also believe that mountain holidays, considering the many outdoor activities, can certainly be considered as one of the safest. In any case, I think the winter this year will be better than the past: at the moment I am confident.

A PERSONAL QUESTION: WHAT IS YOUR FAVORITE DISH?

As a good Tyrolean I am a lover of dumplings and fried cakes! Among the canederli, my favorites are the "Pressknödel", canederli pressed with gray alpine cheese and accompanied by cabbage salad. With regard to desserts, I particularly like two: the Apricot Dumplings and the "Mohnkrapfen", the typical fried cake stuffed with poppy seeds.

THANK YOU GÜNTHER, AND SEE YOU IN JUNE!