Do you know where the Island of Guam is? It is a piece of paradise lost in the Pacific Ocean, far from the land it has closest to, the easternmost point of China. There are 11,812 km between Val Pusteria and Randall Johnson, the choir director of the University of Guam, which has covered this distance 3 times in a few years just to be present at our Festival.

We asked him to answer some questions and we had a great chat about music, his choir, and, above all, about the motivation that led him, for the third time, to undertake a very long journey to be with us at the Alta Pusteria Festival.

First of all, who is Randall Johnson?

In short, I am one of the most fortunate people in the world. By serendipity more than skill, I have been able to travel to 30+ countries playing saxophone, guitar, singing and conducting choirs. I even played music several times at Aviano Air Base just about 80 kilometers south of Alta Pusteria. I was born in Seattle, Washington, and studied music at the University of Washington earning a Doctorate of Musical Arts in Choral Conducting. However, I moved to Guam in 1992 just after graduation and have been enjoying the tropical island life ever since. 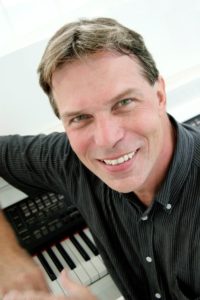 What is your connection to music?

I was raised with five brothers in a family of musicians. All of my brothers are/were professional musicians in a variety of styles. They range from the bass player for Kenny G, to a percussionist for the Seattle Symphony Orchestra and other styles in between. As you can imagine, it was quite a loud house to grow up in. My mother was equally comfortable as a church organist and ragtime piano player and was instrumental (forgive the pun) in the resulting chaos. I love all aspects of music: performing, composing, conducting and more. I like music that can touch your inner feelings as well as music that makes you laugh or dance. As I write this, three days ago I was with my choir singing “angelic" pieces (customer's request), the next night I was in lederhosen playing oom-pah music at Guam’s only German bar and this morning I heard that a choral piece I recently composed has been picked up for publication. How wonderful to have such musical variety!

Do you have a favorite author or genre?

I don’t generally have a favorite as that position in my mind tends to be quite fleeting. I can enjoy Palestrina in one moment and John Cage the next. For genre, I have long felt that the symphony as the ultimate western musical form. However, in this modern age of hectic time schedules, I seldom listen to an entire symphony anymore. Of course, since I work in the world of choral and solo vocal music, I spend a great deal of energy that direction.

Tell us something about the choir of the University of Guam that we saw singing during our event.

For 28 years at the University of Guam I have had a large non-audition choir and a small auditioned group. The small group has always focused on a cappella music of different styles. Although they do perform “classical” material, they are best known for their jazz and pop selections. Most often they singing with individual mics which allow a better balance with very low bass and a vocal percussionist. The name of the group is a derivative of the "Latte Stone” which is a historical remnant of the indigenous people of Guam, the Chamorros. “Latte” is pronounce to rhyme with the name Lassie. However, we are aware that when off island, it will usually be pronounced as in the coffee drink…leaving people to wonder, “What kind of name is that?"

This is the third time you take part in the Alta Pusteria Festival: can you tell us what you love so much about our event?

It is definitely an equal combination of the people and place. We live on a very small island where the highest “mountain” is 400 meters. You can imagine the impact of seeing and being up in the dolomite if you have grown up seeing mostly endless ocean. Guamanians are very social and easily approach others. They meet so many friendly people from the other choirs and locally.

Also, my group and I love to perform…at the festival we get to perform more often and in more interesting venues than the traditional contests that we have gone to. The group has won their division and received gold medals two times each in Czech and in Thailand and that has a certain thrill BUT you get to perform less and, in some ways, it is less musical because you have to gauge your repertoire and performance not on entertaining an audience but satisfying adudicators. 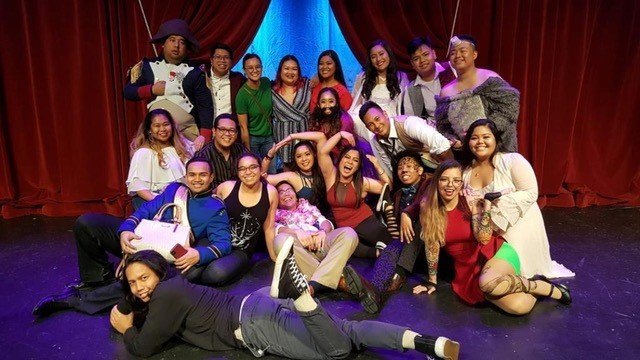 Do you have a memory that you remember with particular affection or emotion of your experiences at our Festival?

From the director’s view point I really enjoy the opening evening concert in the Sala Mahler of Dobbiaco as a really nice venue. However, my students always refer back to singing in the mountain chalet (the Rifugio Gallo Cedrone, at 2200 meters) and then hiking to the Austrian border afterwards. Again, being from an island only 50km long and 8km wide, being in the mountains is really amazing.

It's also a thrill for us to have a new piece of ocean in the high Dolomite. It's the third time, and something tells us that it won't be the last!