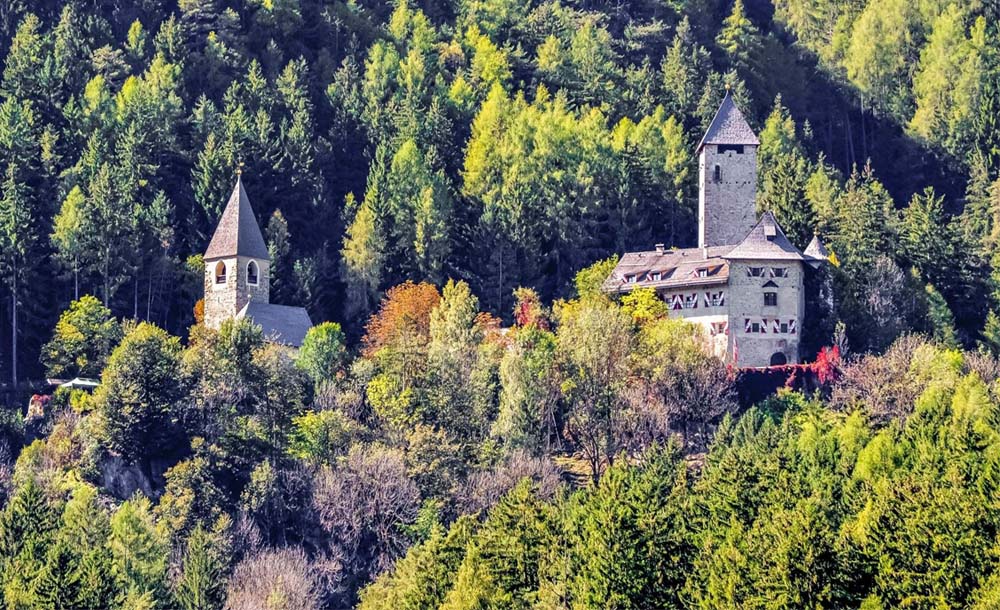 Neuhaus Castle, also known as Casanova Castle, is located in Gais in the Tures Valley and was built in the period between 1240 and 1245 by the Lords of Tures, who called it the "new home" when they enlarged the building and the property.

After the disappearance of the Lords of Tures, the castle became the property of the nobles of Gorizia-Tirolo. Starting from the 17th century, the Castle began to show signs of decay and the owner of those times, the Count of Künigl, had the Pflegerhaus built near the Castle as a refuge. Not much restoration work was done until 1924, when the now ruined Casanova castle was taken over by Count Cäsar Strassaldo-Grafenberg who restored it to its initial conditions. During the Second World War, Neuhaus Castle sheltered the American poet Ezra Pound. Today, it has become a private property and is used as a restaurant.

What is known with certainty is that when it was erected, Castel Casanova was to act as a fence, capable of accommodating a small permanent garrison. In this area, it often happened that there were garrisons that controlled the road below the structures. Near the Neuhaus Castle there was an important road that connected all the land and building properties of the lords of the Val Pusteria. On the northern side of the keep you can still see a small hanging tower, probably retouched in the early twentieth century, which gave a perfect view of the area.

The structure is beautiful, above all because it stands on a wooded slope and seems to welcome us into a world of other times. This castle is interesting because during its long life it has been home to many personalities of great cultural importance.

The Bacher family of artists lived here for a few years and within the same family of nobles who inhabited these walls, painters and sculptors were born. And it is not difficult to imagine why, just get there from path number 5 that starts from Gais: the structure emerges from the trees, is immersed in the silence of the woods, and connects us to Villa Ottone.