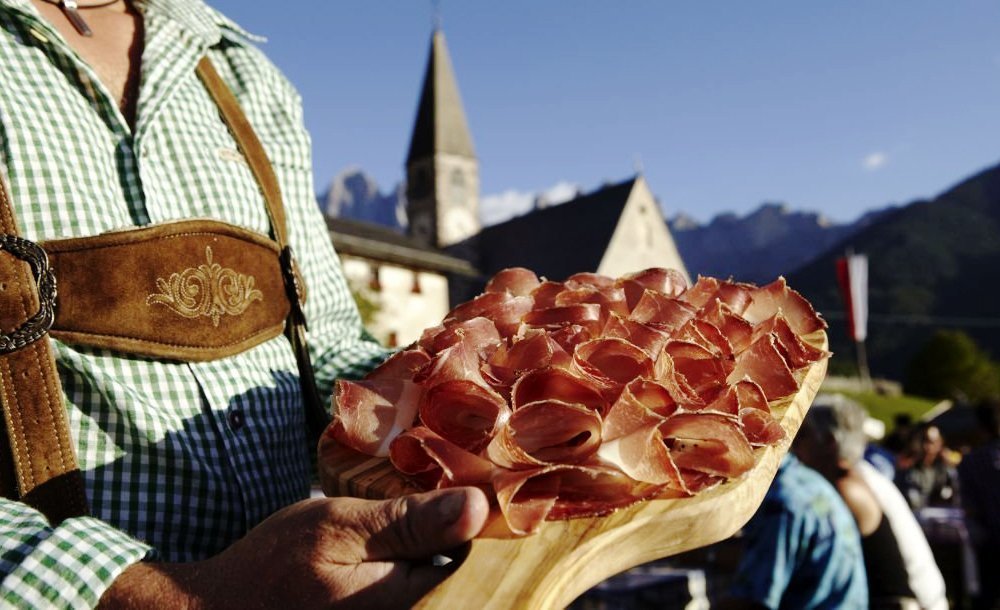 A nice plate of canederli or a slice of the tastiest speck you have ever tasted ... These are just two of the reasons why Val Pusteria is indeed another of Italy's culinary paradises. There are so many things to try and eat in Val Pusteria, and the variety of dishes is only equivalent to that of the incredible landscapes in which you will consume them!

The culinary tradition of the Val Pusteria is closely linked to the history of this land. All the towns of the valley were in the beginning small villages, where the inhabitants lived mainly from agriculture. For this reason the peasant matrix is so strong in every dish that is served, that gradually they have merged with the Ladin and Mediterranean traditions, giving rise to the dishes we are going to present.

Eating in Val Pusteria: the must have!

Let's start with the canederli. Traditionally born from the mingling with our German neighbors: the dumplings are large bread dumplings that are prepared by hand mixing cheese or / and speck, and then cooked in meat broth. They are an extremely nutritious and warm dish, so much so that they are close to perfection after a day spent outside on the ski slopes or trekking. The "poor" nature of the dish is probably the symbol of an invented preparation to avoid waste at home, of stale bread and leftover cheese and cold cuts. Today the dumplings are such a strong symbol of South Tyrol that it is possible to find them really of every taste, form and combination throughout the Val Pusteria.

984/5000 Now let's pass the speck to his majesty. This slightly smoked raw ham is the ambassador of the taste of the valley, because the aromas and the smoking come from a recipe created right here, born to preserve the meat longer. It is a real culinary event for the whole region and accompanies the traditions since 1200 AD according to some documents. From this period onwards, two different ways of preserving pork have been recorded: in the South, covered and treated with salt, it becomes the delicious raw ham, in the north smoking is preferred. In Alto Adige these two variants have come together, giving rise to what we now know as speck and which many farmers and butchers still produce today with the same traditional techniques. It is the king of the table, and it will be difficult once you arrive in Val Pusteria, not to find it offered in many dishes or just as a perfect starter, even in many mountain refuges and huts in the valley.

We finish our first culinary journey in the Val Pusteria with a nice dessert: the Krapfen. A true delicacy for the palate, it is the dessert par excellence that is served on every occasion. It is composed of a leavened and fried dough, which is accompanied by different types of toppings: tradition has it that donuts are covered with apricot jam, but there are so many variations now, with chocolate or cream and, in some cases, also savory Krapfen with ricotta, red turnips or sauerkraut. The recipe has been handed down from generation to generation since time immemorial, making this cake an ancient dish prepared with the same method that was used in antiquity.