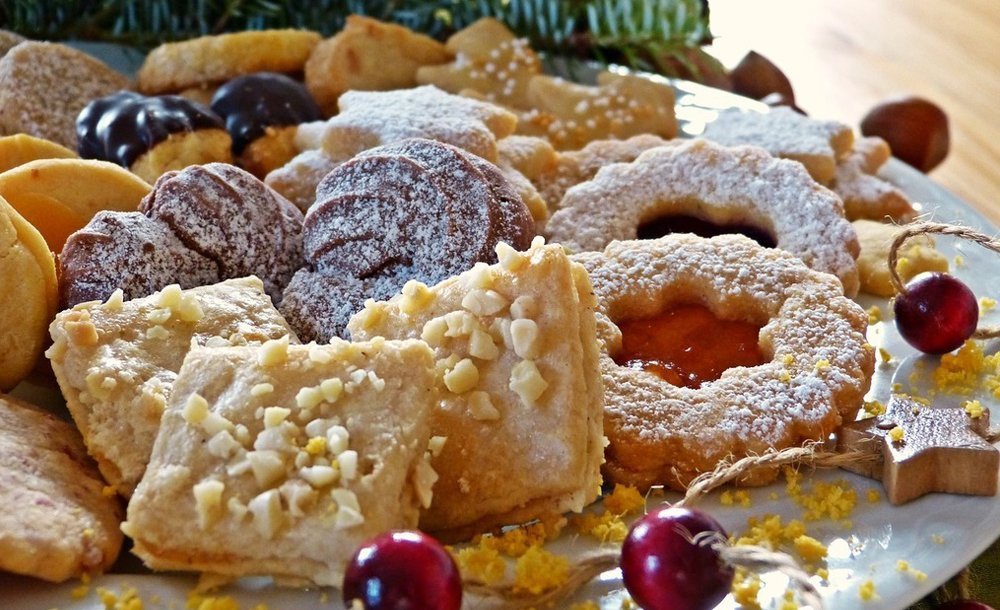 Which desserts are eaten in Val Pusteria at Christmas? Today we talk about goodness that warms the heart, as only a little sugar can do!

Let's start with Zelten, a sweet bread with a filling of figs, almonds, walnuts, honey, candied fruit. Like all ancient traditional recipes, prepared in every home, zelten has many variations, but in general two types of zelten can be distinguished: the Trentino, which resembles a soft cake of dried fruit, and the South Tyrolean one with a flattened shape, similar to a large biscuit mostly made up of a large quantity of dried fruit. The name Zelten comes from the German "selten" which means "sometimes", just to indicate that the dessert is prepared only for Christmas.

In ancient times the preparation of zelten involved the whole family, in particular young women, since it was customary to give zelten to the betrothed; for this reason a rather large form was prepared which was then divided into many parts to be given as gifts.

Then there are the Lebkuchen, traditional Tyrolean cookies in the shape of a Christmas tree, star, heart flavored with cinnamon and the Spitzbuben. The Lebkuchen are famous German spiced biscuits and are prepared especially at this time. Lebkuchen are soft biscuits of which there is no real original recipe, given that in every area where they are spread there is a different variety. They are scented with spices and decorated with chocolate icing or with real iced decorations. Their secret is that they are even better the next day.

Last but not least, the Spitzbuben: Spitzbuben in German means "children brat" and they are called that because the brat children "stole" the biscuits as soon as the mothers churned them out! They are simple shortbread biscuits, usually filled with apricot or strawberry jam. But nothing prevents you from using other types of jam or even hazelnut and pistachio cream!

We conclude with the typical Tyrolean sweet pancakes: strauben. They have a snail shape and are composed of a mixture of flour, eggs, milk, sugar, butter and an aromatic shot of grappa. The strauben (the German word straub means tortuous as the shape that the cake assumes during frying) are usually prepared in square feasts or during village festivals and are also called stràboli, stràuli, or fortaie.

And to send it all down? Never miss on the tables a bit of mulled wine: the classic hot drink that helps fight the cold, heats and gives off strong Christmas aromas, based on red wine, sugar and various spices like cinnamon and orange peel, an easy recipe to prepare.