The history of the traditional Val Pusteria costume

The history of the traditional Val Pusteria costume 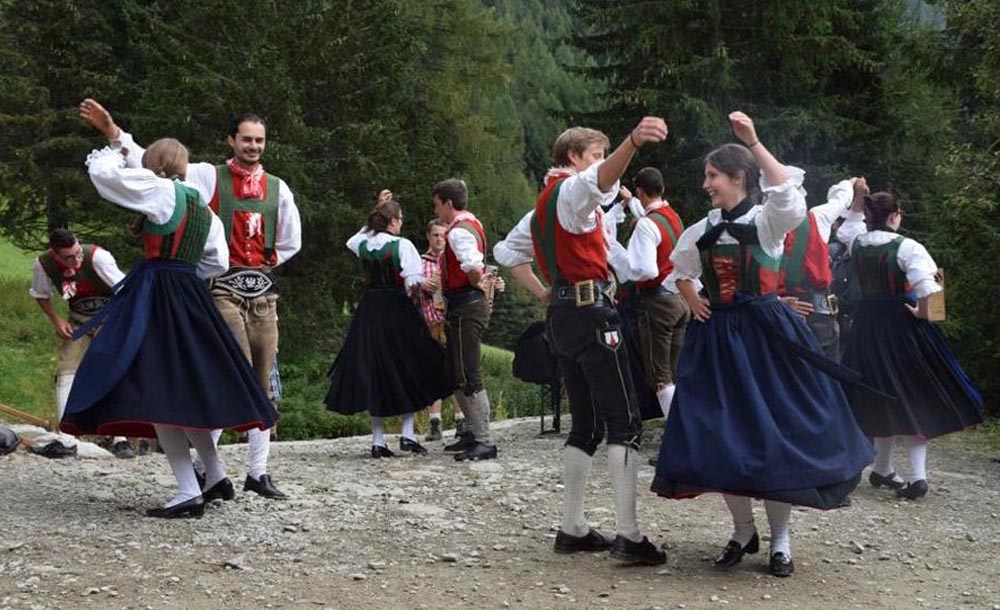 Rich in decorations and embroideries the traditional costume of the Val Pusteria it has an ancient history of peasant traditions that it is right not to lose, because they are part of everyone's memory. In South Tyrol, traditional clothes are highly valued and worn on special occasions.

From the eighteenth century, the dress has become a symbol of tradition. Of all the styles that related to the social extraction of people, the peasant style remained alive and resists even today: it symbolizes the attachment to one's homeland.

Every area of the Val Pusteria has his costume and his tradition. Colors, typology, seams, everything is typical of your area and is its most important symbol. The traditional costume is the dress to wear during the most important festivals and events in the valley, when you meet in the streets of the towns or in the mountains and follow the performances of folk groups or local concerts.

The details of these clothes tell us a lot about the person wearing them. The color and the model represent family status, and the color of women's aprons is what it indicates even if they are married or single. The dress is composed of one long skirt with a rigid bodice that changes color based on the country of origin. The shirt is always finely embroidered, and the neck is covered with a silk scarf.

Men instead wear a shirt - call Rupfan Hemmat - in linen, a vest with silver buttons, a red or blue handkerchief in the pocket, a silk scarf, suspenders and black leather trousers that reach above the knee. There belt It is leather and is embroidered by hand, the most precious piece of all.

The traditional costume of the Val Pusteria is decidedly fashionable, so it will be easy to find shops that sell entire clothes (called Dirndl) or accessories such as jackets, hats, aprons, made in Pusteria!