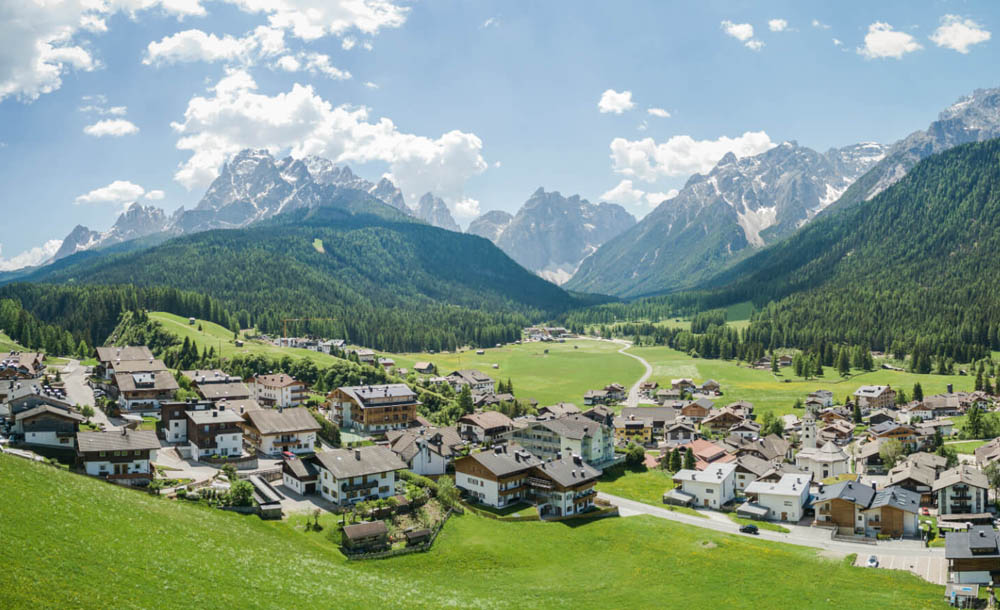 The Sesto Sundial is an imposing natural monument: it is made up of five peaks which are all located in the municipality of Sesto and ... They tell the hour! It is a real natural clock and the course of the sun gives its name to the mountains on which it falls at the exact time: Top Nine, Top Ten, Top Eleven, Top twelve and Top One.

According to some theories, the name Sesto derives precisely from "Sexta ora" which in antiquity - during the Roman period - corresponded to noon: the rhythms and hours of the days were completely marked by the sun, from the moment in which it arose exactly when it was setting, and from dawn to what is midday for us exactly six hours passed.

The Sesto sundial is located near the Tre Cime di Lavaredo Natural Park. The right place for seen the hour is only from the Sesto Valley. They are the flagship of this heart of the Dolomites, so much so as to be considered its symbol. From the Bagni di Moso location you can enjoy the best position to see the sun's rays perfectly touching the mountain tops at the appointed time, except for 9 am and 10am when the light is covered by the mountains themselves.

Characteristic for the Top Nine (2,582 m), the lowest of the Sesto sundial, are the sedimentation layers which are also visible from afar. The Top Ten also called Croda Rossa (2,965 m), it is the pillar east of Sesto and was ascended for the first time by Michel Innerkofler and Roland von Eötvös in 1878.

The Elfer is reserved for experienced climbers can scale these 3,086-meter mountain, and you can find historical artifacts that date back to World War II. The Top Twelve is 2,917 meters high and is located near the Three Peaks, magical place for lovers of hiking and climbing. The Cima Una instead became famous in the world after 2007, the year in which a part of it collapsed covering the Val Fiscalina with dust and it is said that this place called "Heidegg" was originally inhabited or a place of worship frequented by pilgrims and believers .