The legend of the Haunold Giant: Rocca dei Baranci 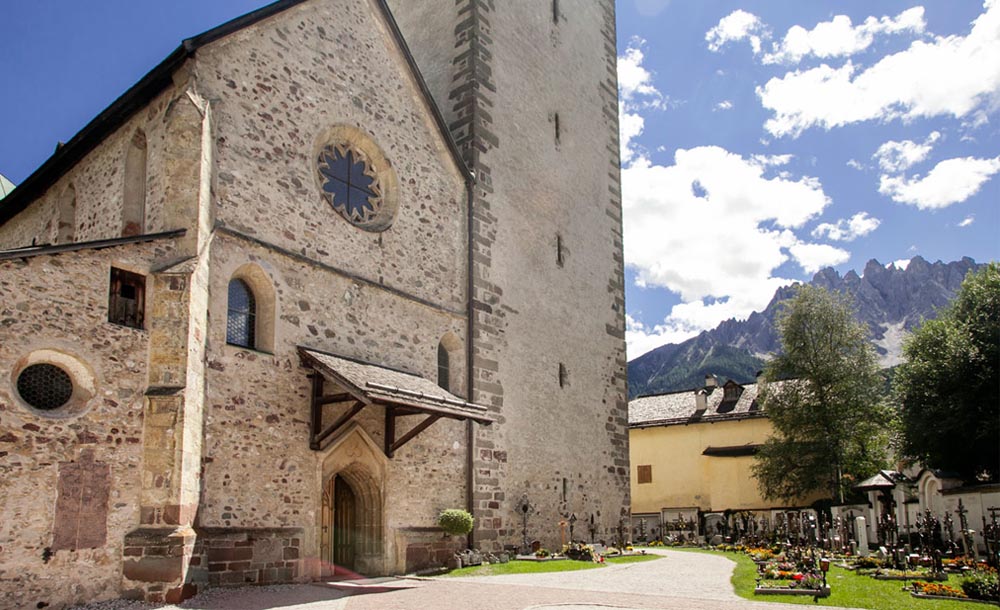 The Haunold or Rocca dei Baranci it is a peak 2,966 m high, the highest of the Rondoi-Baranci group, and full of stories and legends. In San Candido many tell of the legend of the Haunold giant, the son of a Roman captain stationed in San Candido who drank from a miraculous source growing so much that he became a giant. Its history is linked above all to the construction of the Collegiate Church of San Candido, a splendid structure still existing today.

The inhabitants of the city asked the giant Haunold for help, who was staying together with others of his kind on the rocky slopes around the country, to transport the heavy pieces of stone that they would serve to erect the church. In return, they would provide Haunold with the food they wanted. The giant claims to receive every day a veal, three beans and a barrel of wine. Time passed, the construction of the church ended, but not Haunold's daily claims. An action had to be taken: the citizens of San Candido then yes they organized to set a trap for the giant, digging and hiding a huge hole where it can be tricked into, causing death.

According to legend, the spirit of Haunold still lingers in the valley and in the mountain above San Candido that bears his name. To honor him with his hard work in the construction of the church, a rib was removed from the body of the giant, which is still today exposed in the vestibule. Examined later by scientists, this piece of bone proved to have belonged to a man prehistoric animal and not to a human being ... but the charm of history is priceless!

To visit the mountain of the giant Haunold just go to i San Candido baths and get to the shelter of the Gigante Haunold, which is equipped with ample spaces perfect for children to play while the adults relax consuming the delicacies of the refuge. To go back down you can use the Funbob or go on foot along the winter toboggan run.