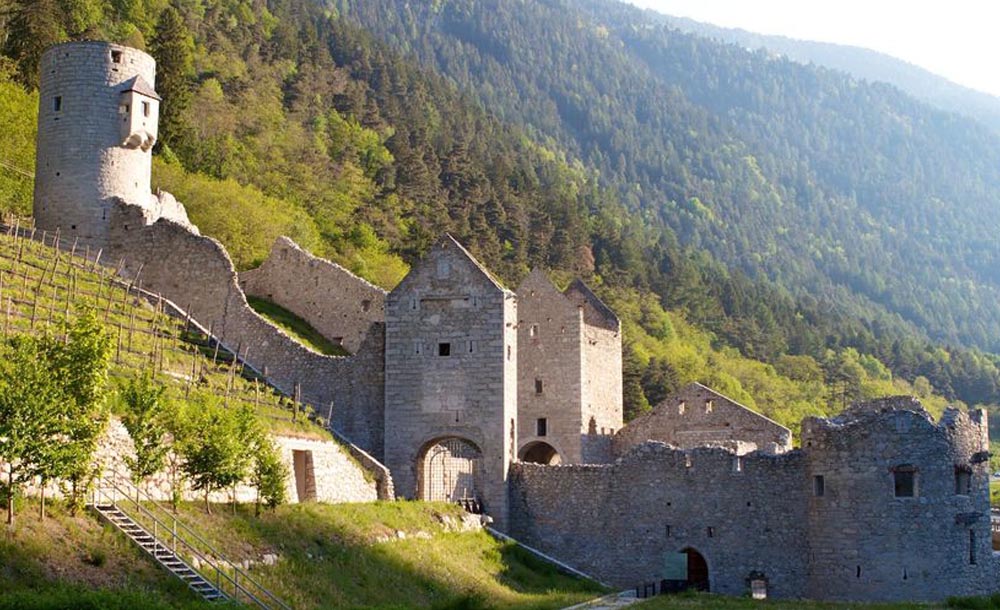 Not long ago when we arrived in Val Pusteria, between the countries of Rio Pusteria and Vandoies, it was necessary to cross the walls of the Chiusa di Rio Pusteria, crossing a narrow street that grazed those walls and gave the feeling of really entering a different world, a door that opened onto the splendor of the region.

Today that path is used for the Val Pusteria cycle path, called Pusterbike, and the fortress can be seen from the side of the state road leading to Brunico. The village of Rio di Pusteria, with its hamlets (Maranza, Spinga and Valles) worth a visit for those who love the medieval and historical air of its streets.

A possible route to reach it is from Via dei Tigli, the road to go up to Maranza, and take the path on the right that goes into the woods. Through the path you reach the Chiusa from which you can cross the bridge a little further on. It's a rather simple route also suitable for children, which offers a splendid view.

The ruin of the Chiusa di Rio Pusteria is very well maintained but its grandeur that once closed the valley is now a distant memory. The fortification dates back to the 12th century and served to protect the Val Pusteria. It was built by lords of Rodengo with river stones worked only minimally, and served to keep the Val Pusteria under control. With the arrival of Sigismund of Austria called the danaroso, the structure was enlarged, equipped with circular towers and a barrier wall. It became residence and customs, until at the beginning of the nineteenth century it was destroyed by the French army and left to itself until the recent restoration and the displacement of the road that crossed it, when it was reopened to the public visit.

The place can be seen inside once a week, but it is worth a visit just to observe its grandeur from the outside and breathe the medieval air that emanates from each stone. Inside the Chiusa di Rio di Pusteria, there are two areas: the upper part of the fortification and a lower one that served as a dwelling. From here, you can also see the stables, the forge, and the emperor's tower, where Massimiliano I was staying on the occasion of hunting expeditions. Just from the tower you can enjoy a panorama more than spectacular.

For information about schedules and availability on Thursdays opening, call +39 0472 849467.