The Kulturzentrum of Dobbiaco, the artistic heart of the Festival 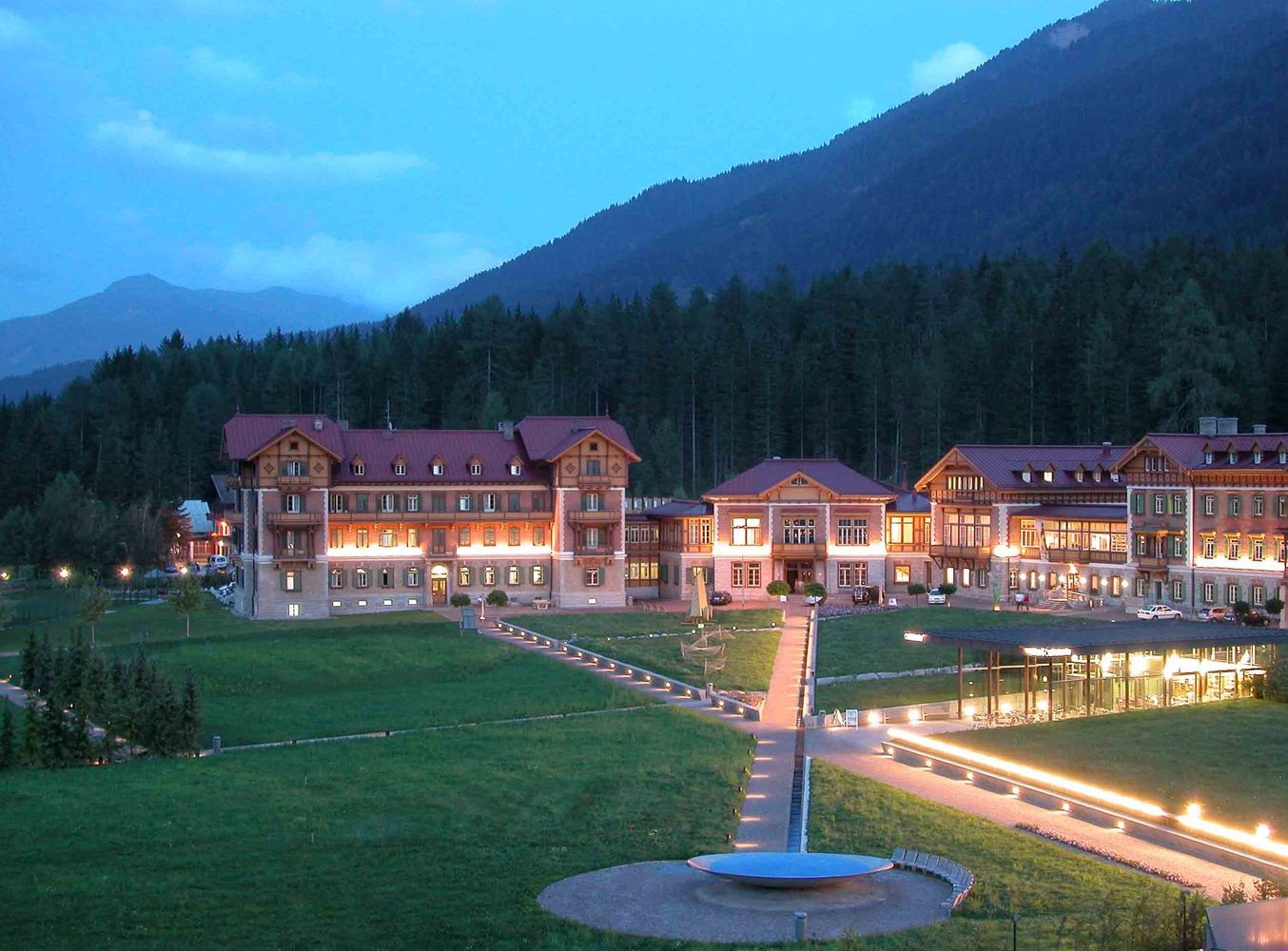 Welcome to the Kulturzentrum in Dobbiaco, the heart of our Festival. The center, at the time of the "Belle Epoque", was a luxurious hotel where nobility from all over Europe descended. After the First World War it had a long period of decline until, in the 90s, it was decided to completely renovate it, transforming it into a small multifunctional jewel.

As anyone who has already participated in the Festival (chorister or spectator ...) knows, inside the center is the famous "Gustav Mahler Hall", the usual venue for our concerts. On its stage, the largest in South Tyrol, more than a thousand choirs have performed in twenty years.

The acoustics of Malher Music Hall are a joy for the hearing of expert musicians and amateurs, so much so that they are also used to record concerts by record companies such as Deutsche Grammophon and Hyperion Records. Over the years, many prominent personalities have walked the stage: the Mahler Chamber Orchestra has been an Orchester in residence, with performances under the guidance of conductors such as Daniel Harding, Marc Minkowski and Alan Gilbert; the star Eliahu Inbal (2000), Riccardo Chailly with the Gewandhausorchester of Leipzig (2013), the Deutsche Symphonieorchester of Berlin with Ingo Metzmacher (2010) and the Bamberger Sinfoniker with Jonathan Nott (2009).

The Euregio Cultural Center of Dobbiaco, with its Mahler Room, is designed to offer cultural opportunities to everyone. For this reason, the offer has diversified over the years and the hall has hosted events of jazz music, band music, cabaret and folk music. Because art and culture live on continuous aggregations and exchanges.

What perhaps not everyone knows is that in the building, in addition to the Mahler Room, there are fourteen other rooms; the largest, from the next editions of our Festival, will be made available to choirs who request them.

We hope to start over as soon as possible.