What to do in Val Pusteria in summer?

What to do in Val Pusteria in summer? 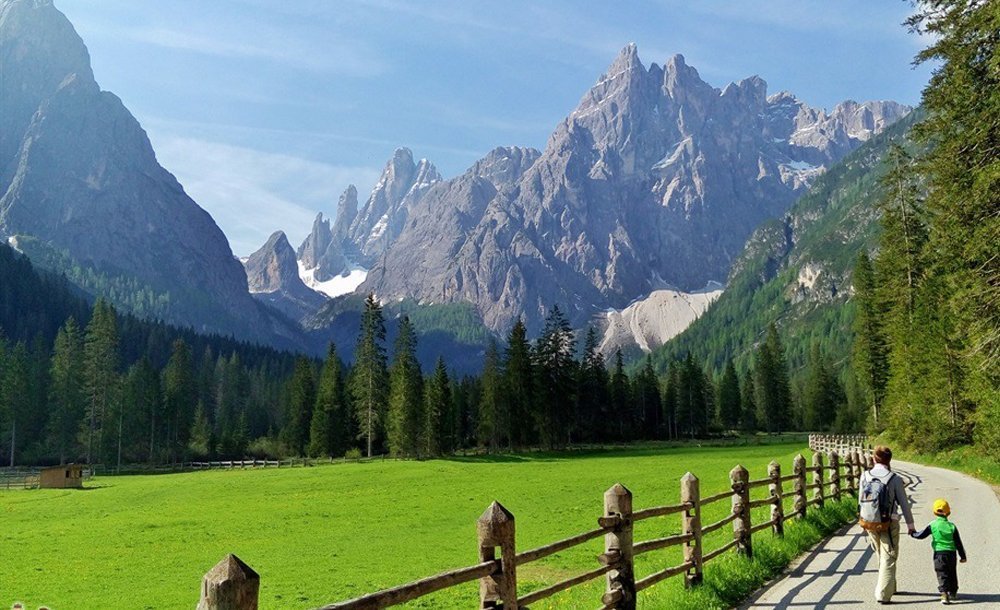 Did you know that, at the dawn of humanity, the eyes of our ancestors were able to capture many more shades of green than they see today? Well, the Valle Verde of the Val Pusteria in summer, makes us believe that we have regained this ability again! It is a surprise for anyone who looks for the first time on the expanses of woods, meadows and valleys of this splendid land.

The Val Pusteria, Pustertal in German, extends for 100 km between South Tyrol and East Tyrol, between Bressanone and Lienz, and its greatest wealth lies precisely in all this greenery that surrounds it, which is taken care of by the citizens with attention and respect.

What to see in Val Pusteria in summer?

Nature gives its best at the beginning of summer, when spring is just over and everything is in bloom. For this reason the first places not to be missed are the places where we want to find some of those unknown shades of green: the Fanes-Senes-Braies Natural Park, the Sesto Dolomites Nature Park, and the Vedrette di Ries-Aurina Natural Park.

But even the towns are worth a visit during our trip to Val Pusteria in summer. We obviously start from Brunico, which won the contest for two consecutive years as "happiest village in Italy". The quality of life of its inhabitants, the cultural proposals of the area and the outdoor activities that here acquire a completely different thickness have been awarded. Do not miss a visit to the Brunico Castle which also includes the Messner Mountain Museum, of the very famous climber Reinhold Messner.

Speaking of climbing, let's not forget to talk about the Tre Cime di Lavaredo, which we talked about in an ad hoc post! Nature offers extraordinary shows, including waterfalls, natural monuments, and typical events of the valley where it often happens to see citizens walking through the streets with the traditional costume of the Valley.

Let's not forget shopping! The street markets are very famous, ranging from the sale of typical products to cattle! The countries are often full of stalls where to find handicrafts. Whether it's clothes or food, rest assured that you can come home with something unique. In Brunico there are the most populated markets, especially in Via Centrale there are small shops full of products to discover, souvenirs and specialties that will make your holiday in Val Pusteria in the summer truly unforgettable.